No items found.
Product is not available in this quantity.

Panoramic map of Washington DC from 1923 featuring the Baltimore and Ohio Railroad across the top, titled "Washington, the beautiful city of the nation" below.

This canvas features white graphics based on the source map overlaid on a blue background, stretched over a 1.25" thick solid wood frame. 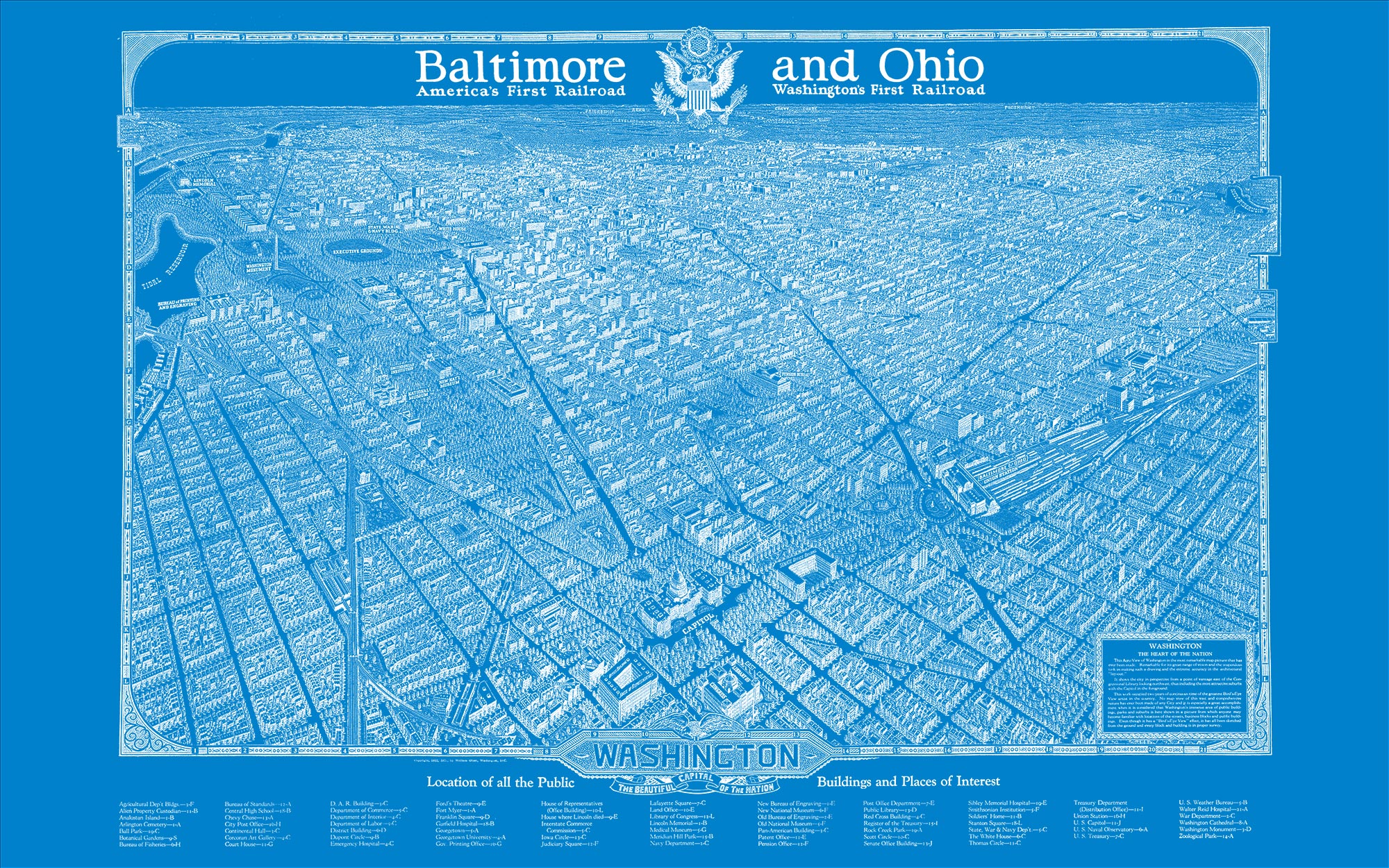 Explore this map in other colors 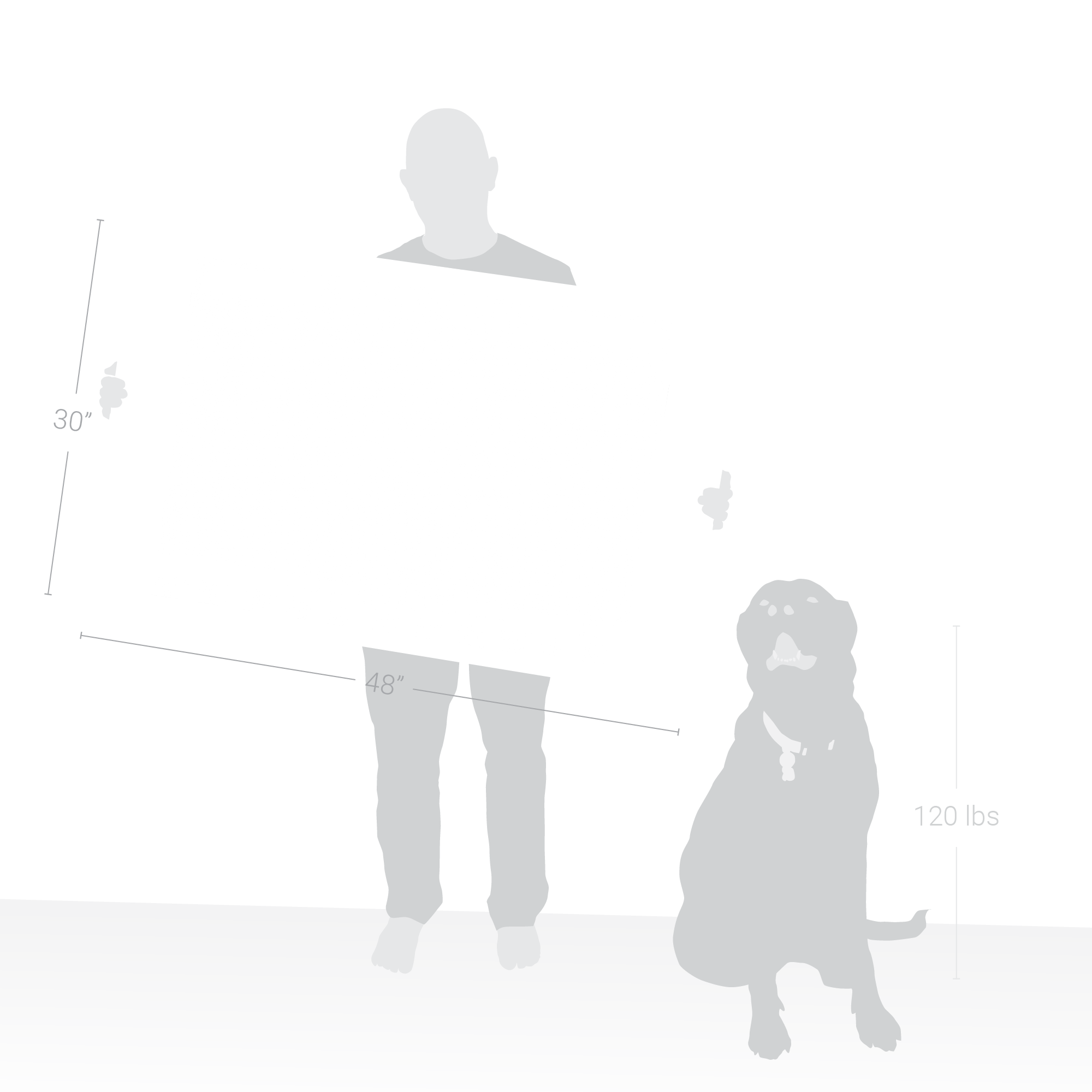 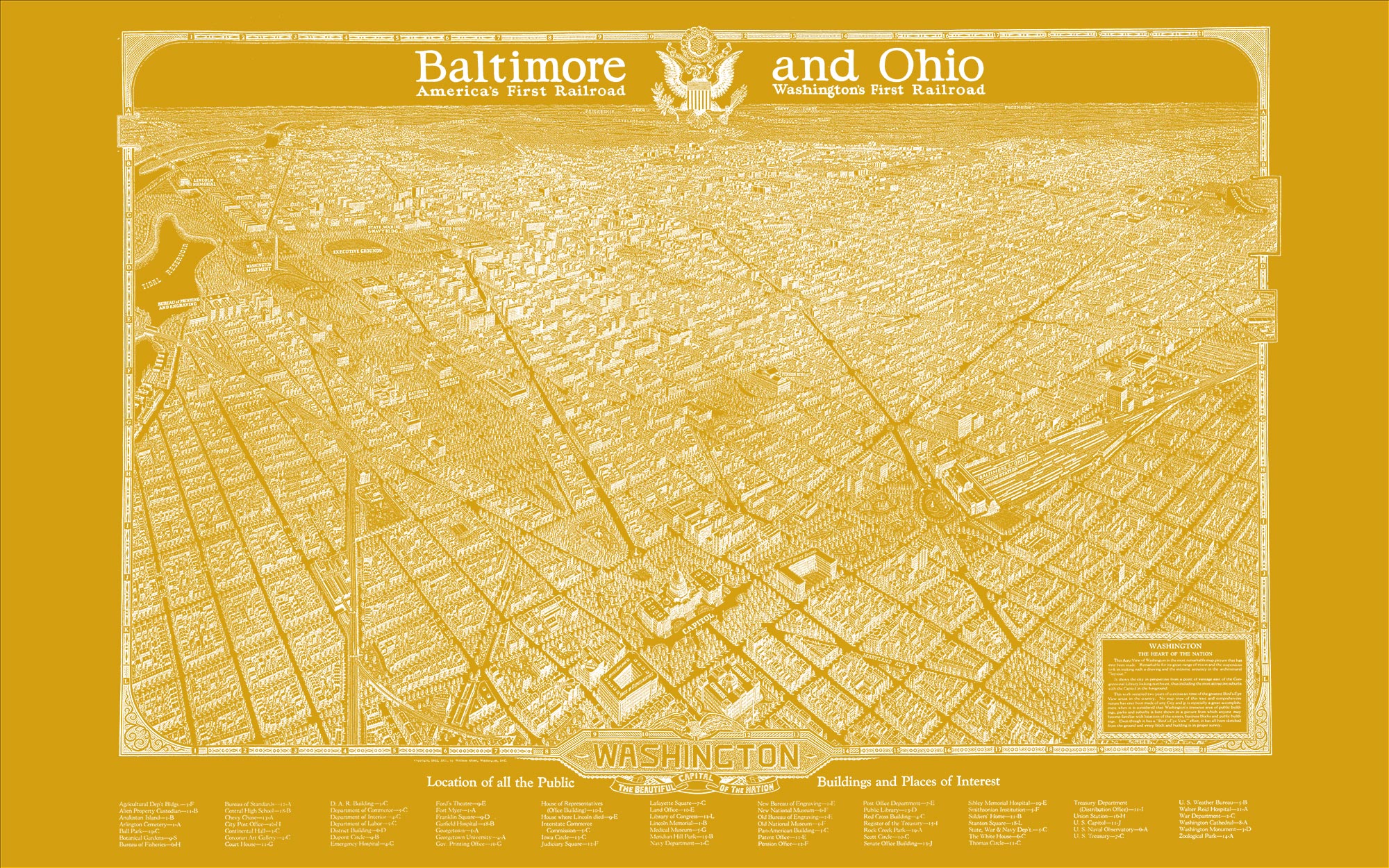 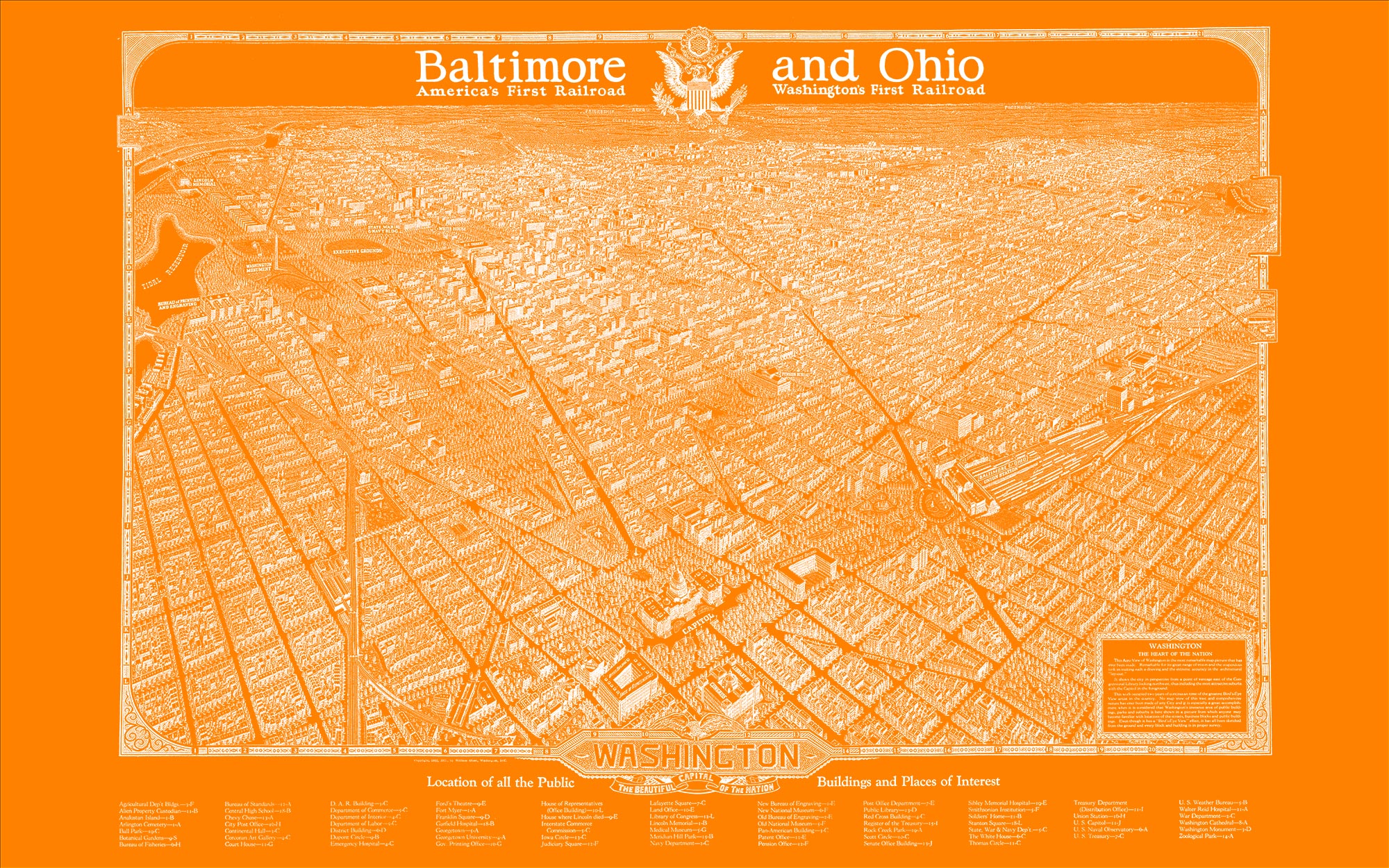 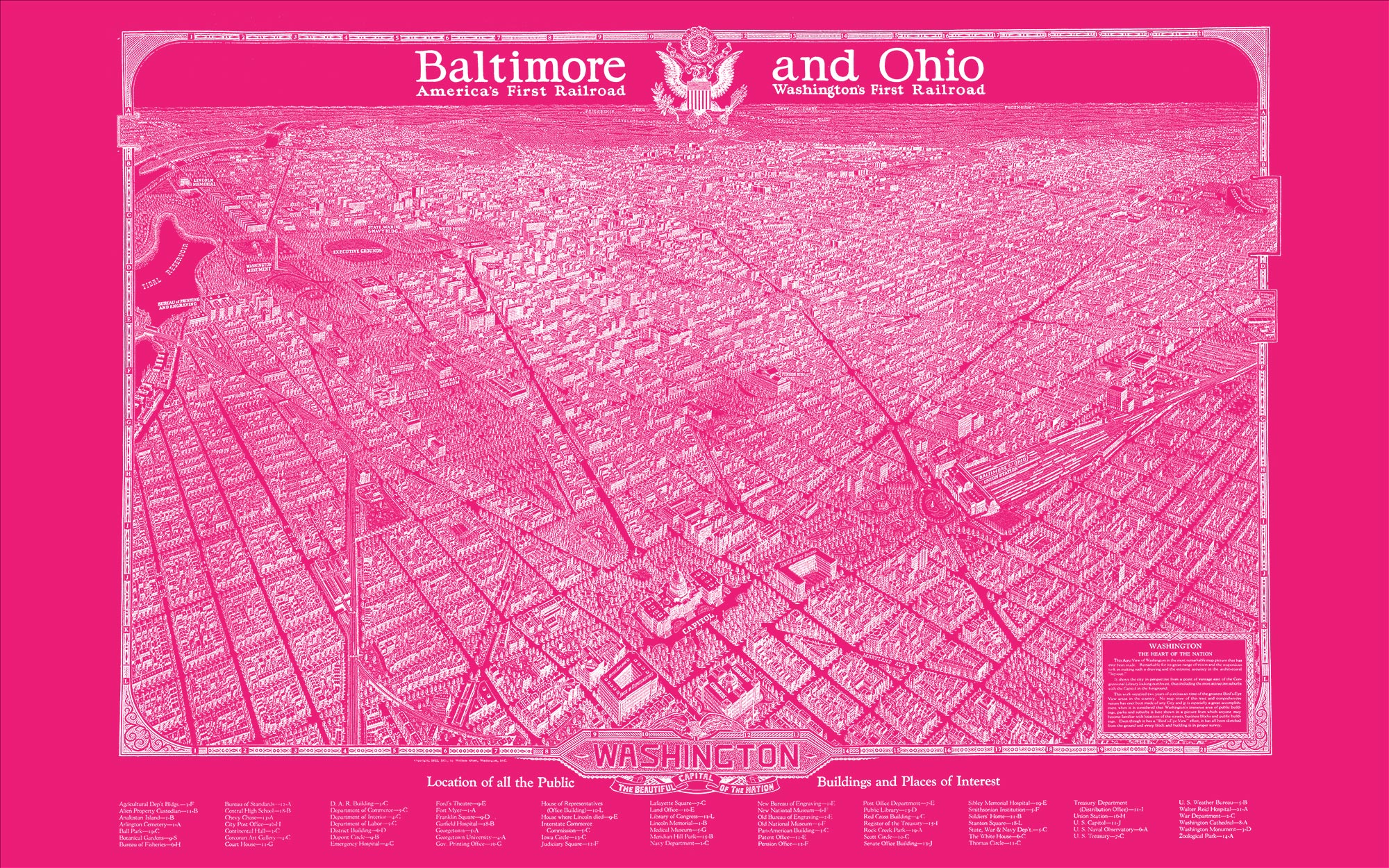 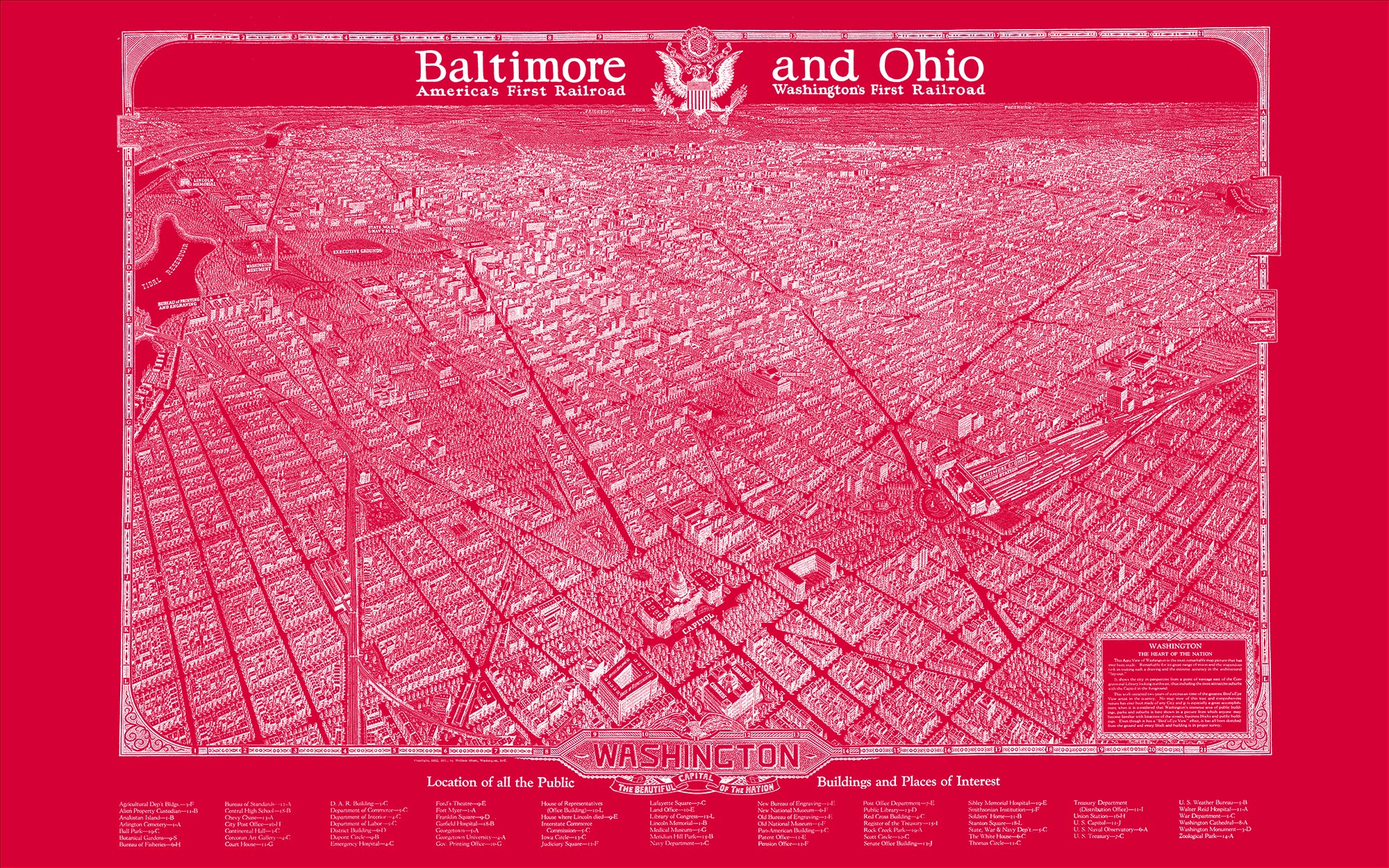 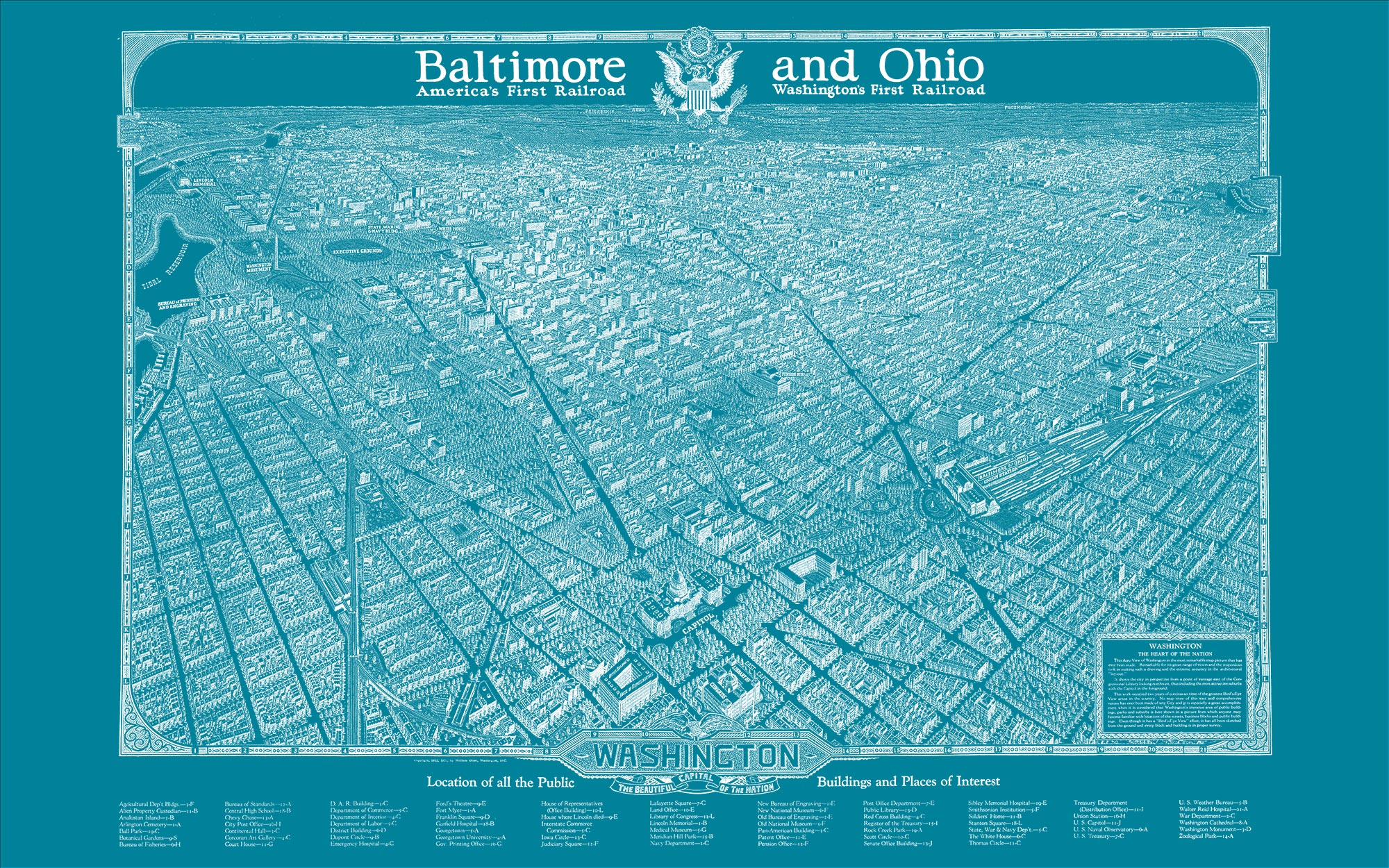 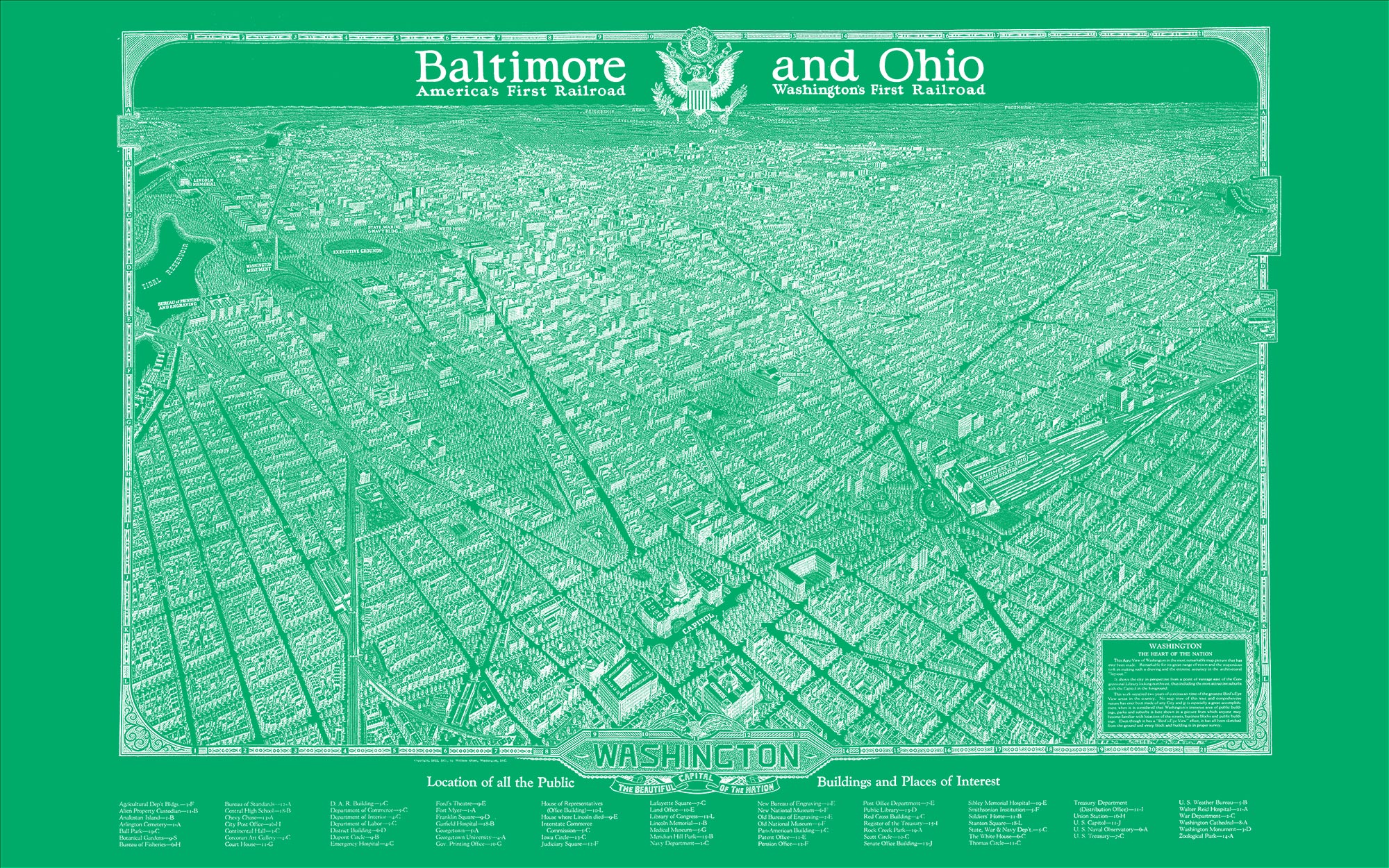 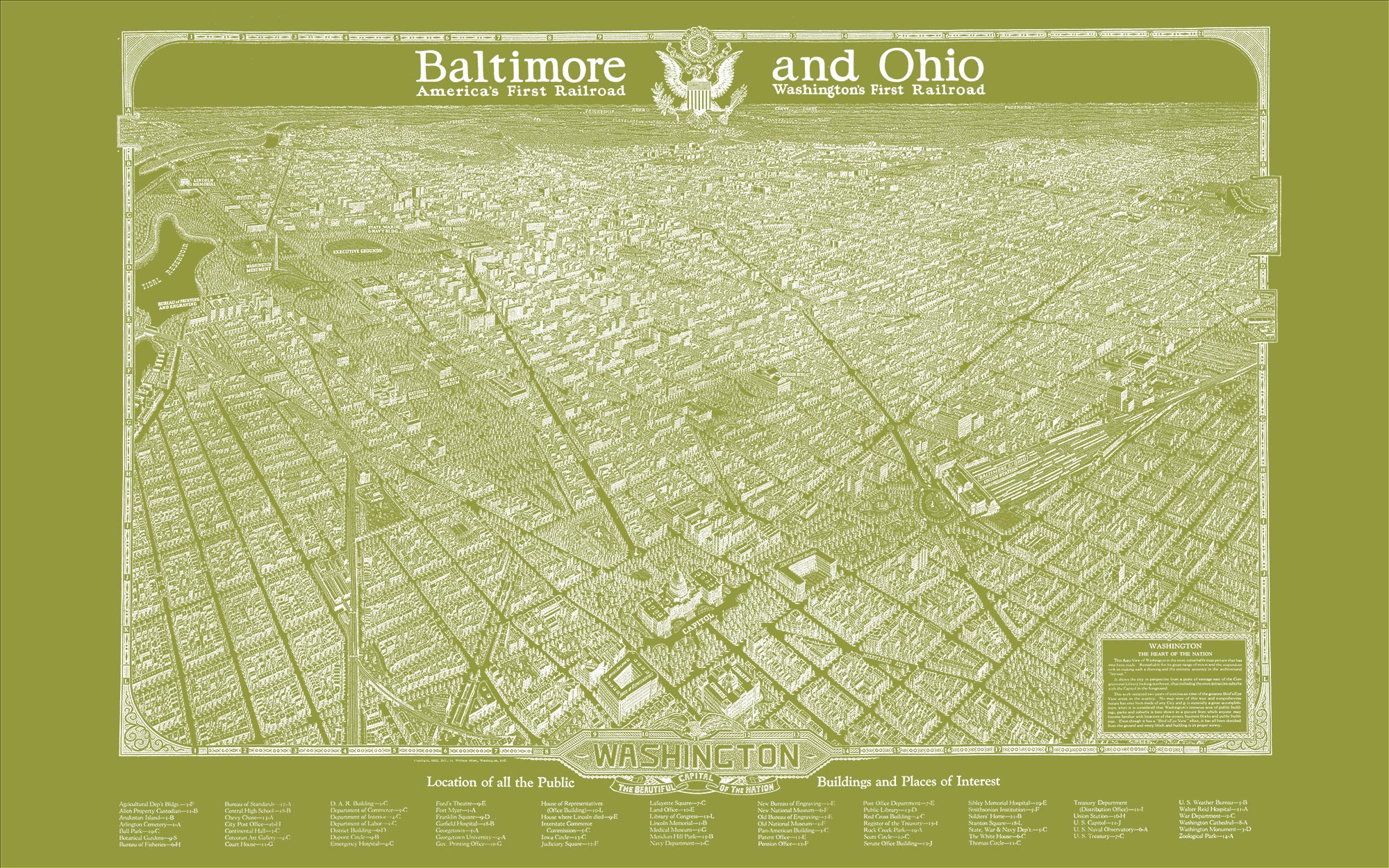 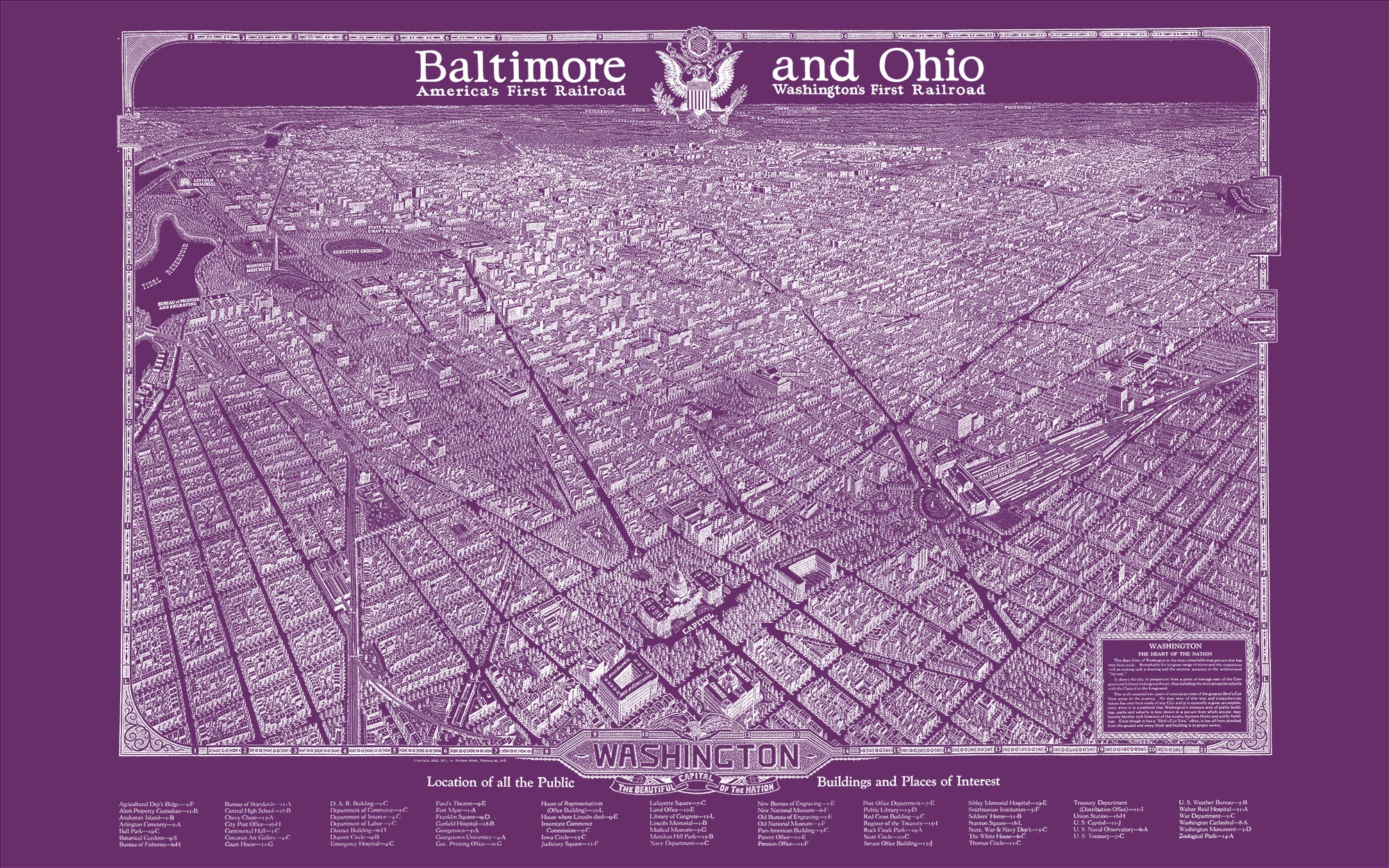 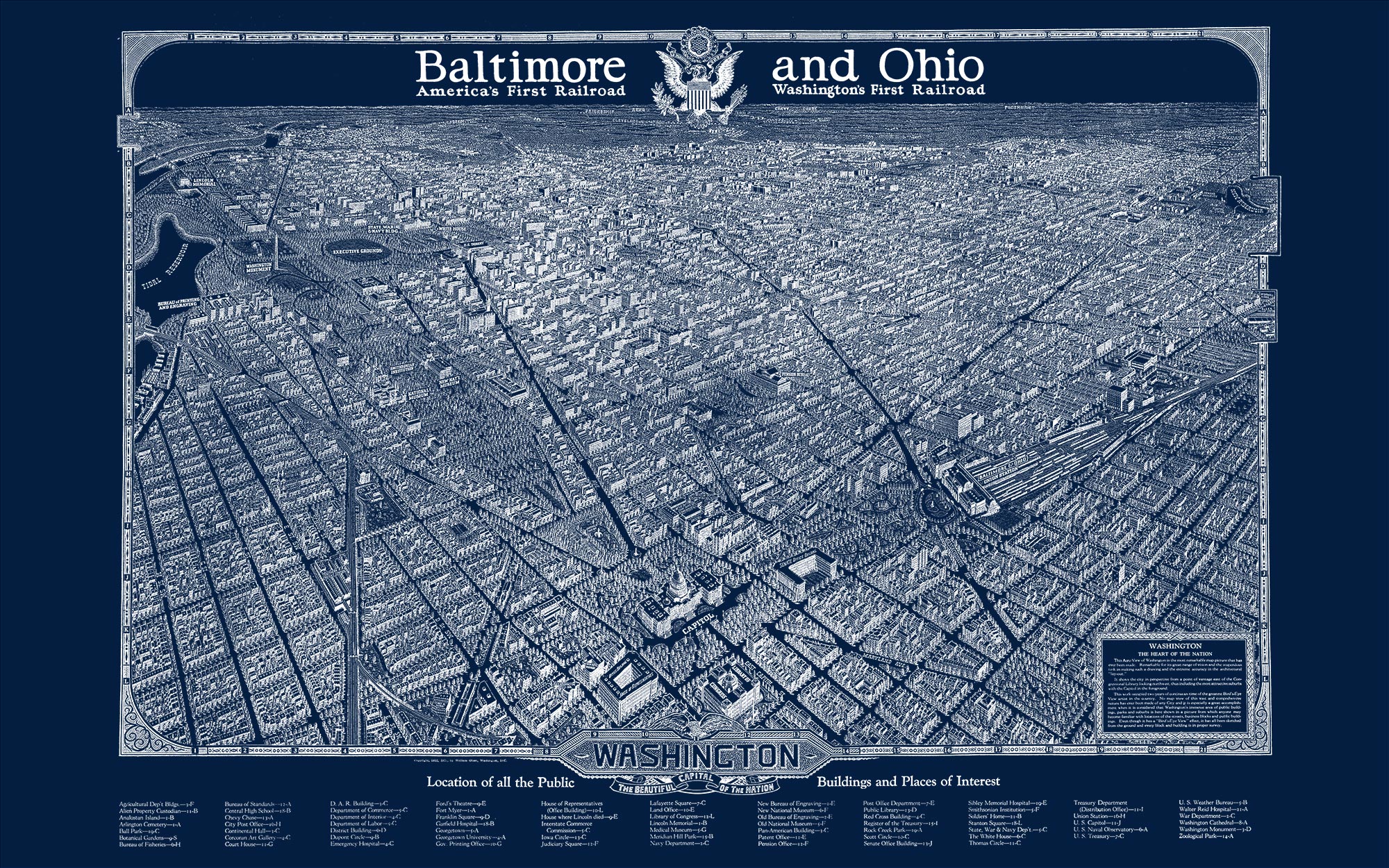 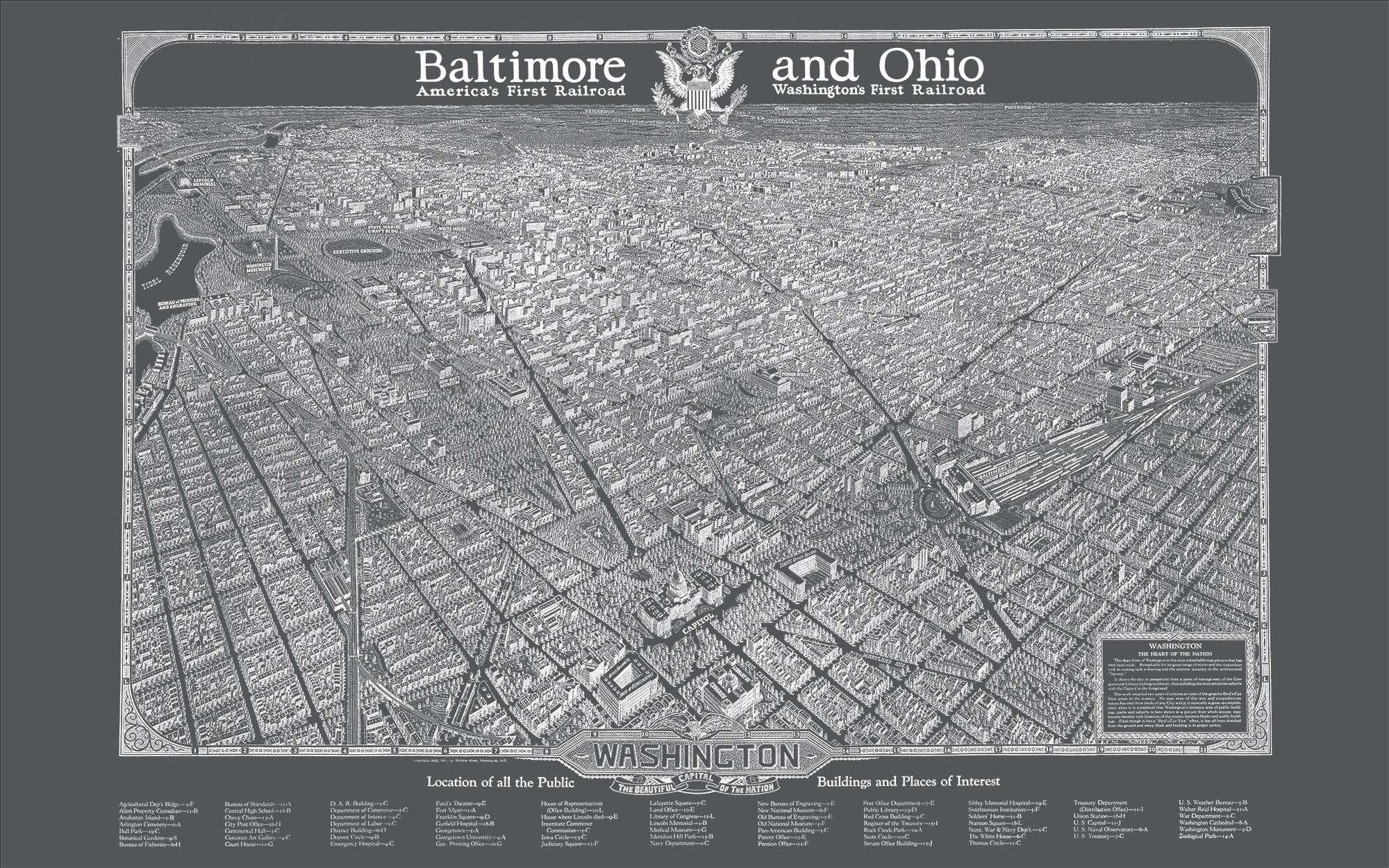 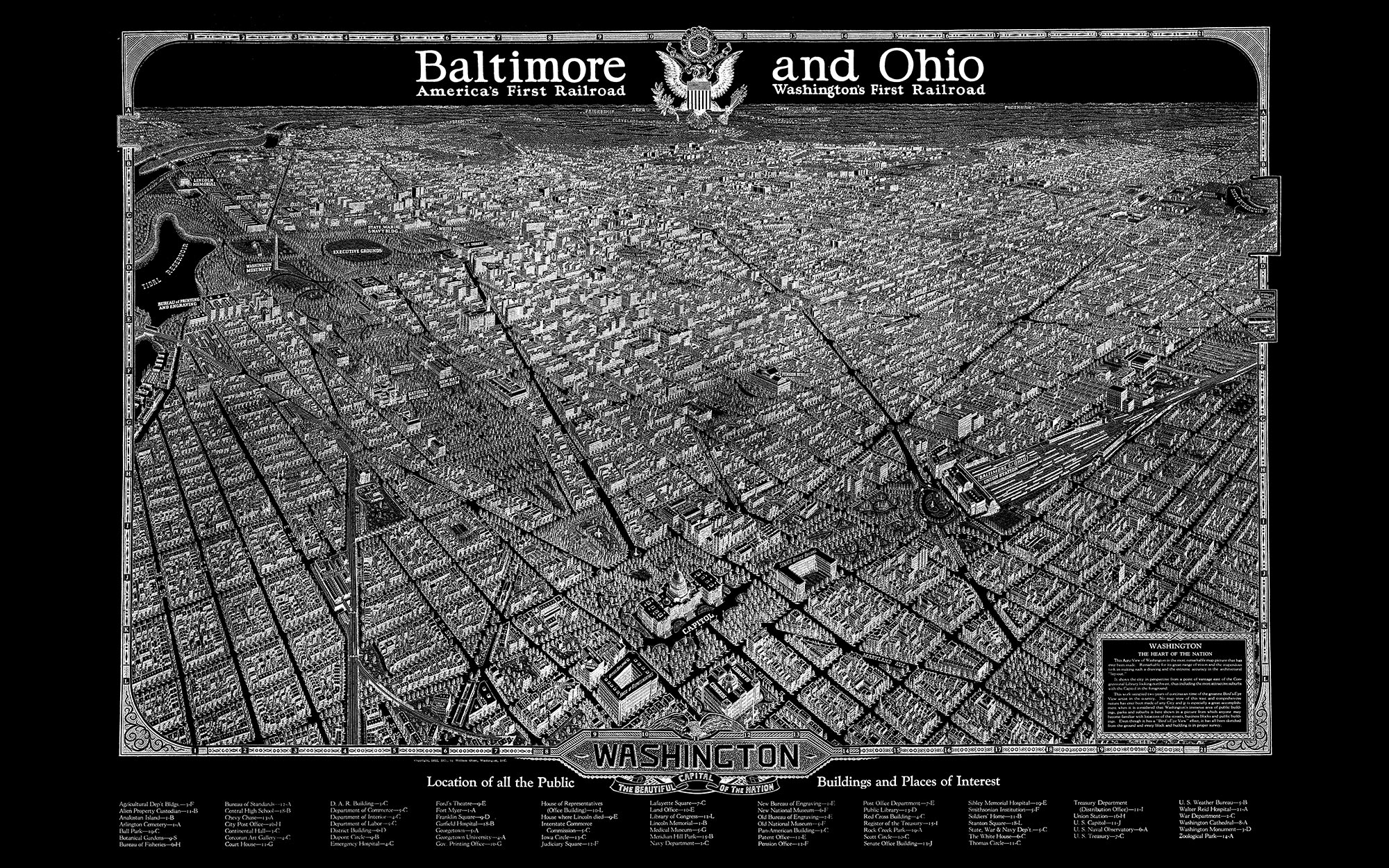 Washington, the beautiful capital of the nation

This map, published in 1923, is an updated version of an earlier map produced two years earlier.

This version includes a list of "Public Buildings and Places of Interest" at the bottom with coordinates, allowing you to explore the city as it was nearly a century ago. Some of the many listed sites include: Arlington Cemetery, the Corcoran Art Gallery, Dupont Circle, Ford’s Theatre and the House where Lincoln died, Georgetown University, Meridian Hill Park, the Library of Congress, the White House, and Union Station (served by the Baltimore and Ohio Rail Road).

Some parts of the city remain the same, but you'll notice quite a lot has changed over the years. You'll notice that the Supreme Court building is missing — it wasn't finished until 1925. Union Station is still there but most people haven't heard of the B&O Railroad. 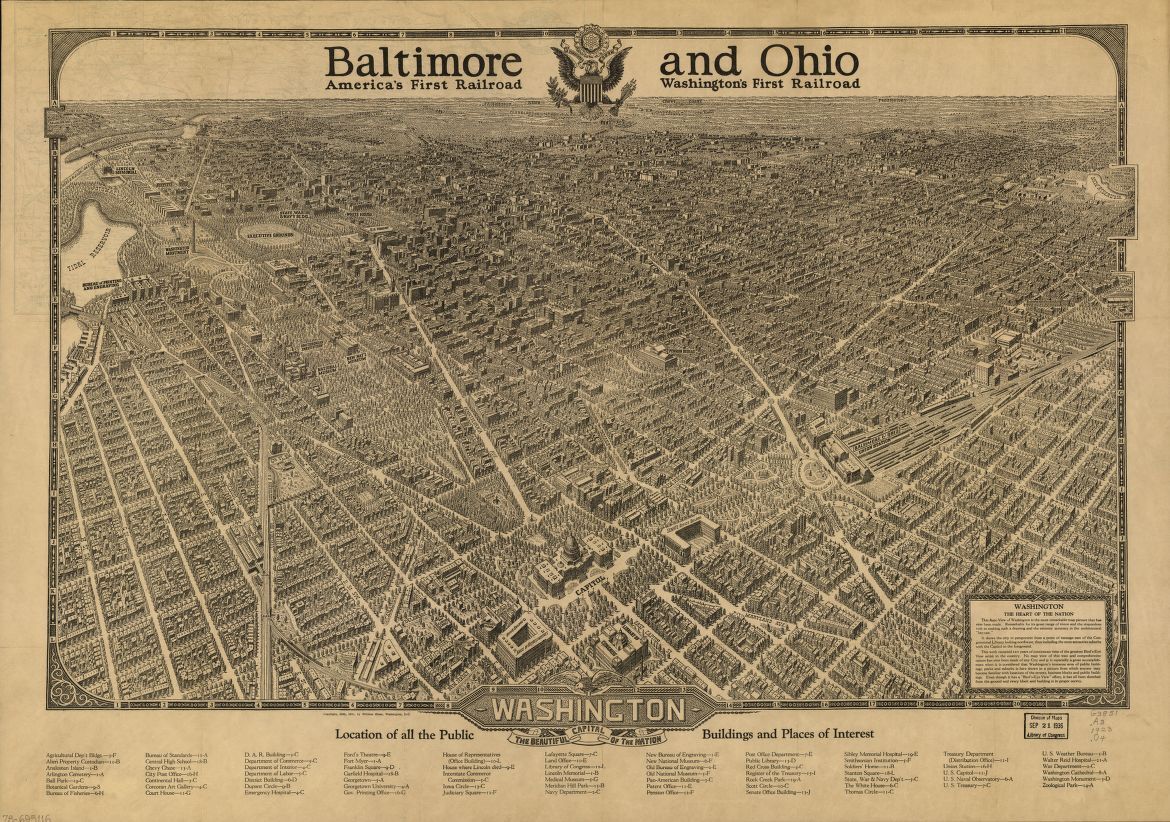 Learn more about your canvas

Your map arrives ready to hang

Each map is printed on real cotton linen canvas. It is then stretched over a solid wood frame. Your map arrives ready to hang without the need for any additional framing.

Learn more about our maps →

Your canvas is made to order

Learn more about how it works →

We're here to help! Check our list of frequently asked questions or shoot us a question with our contact form. 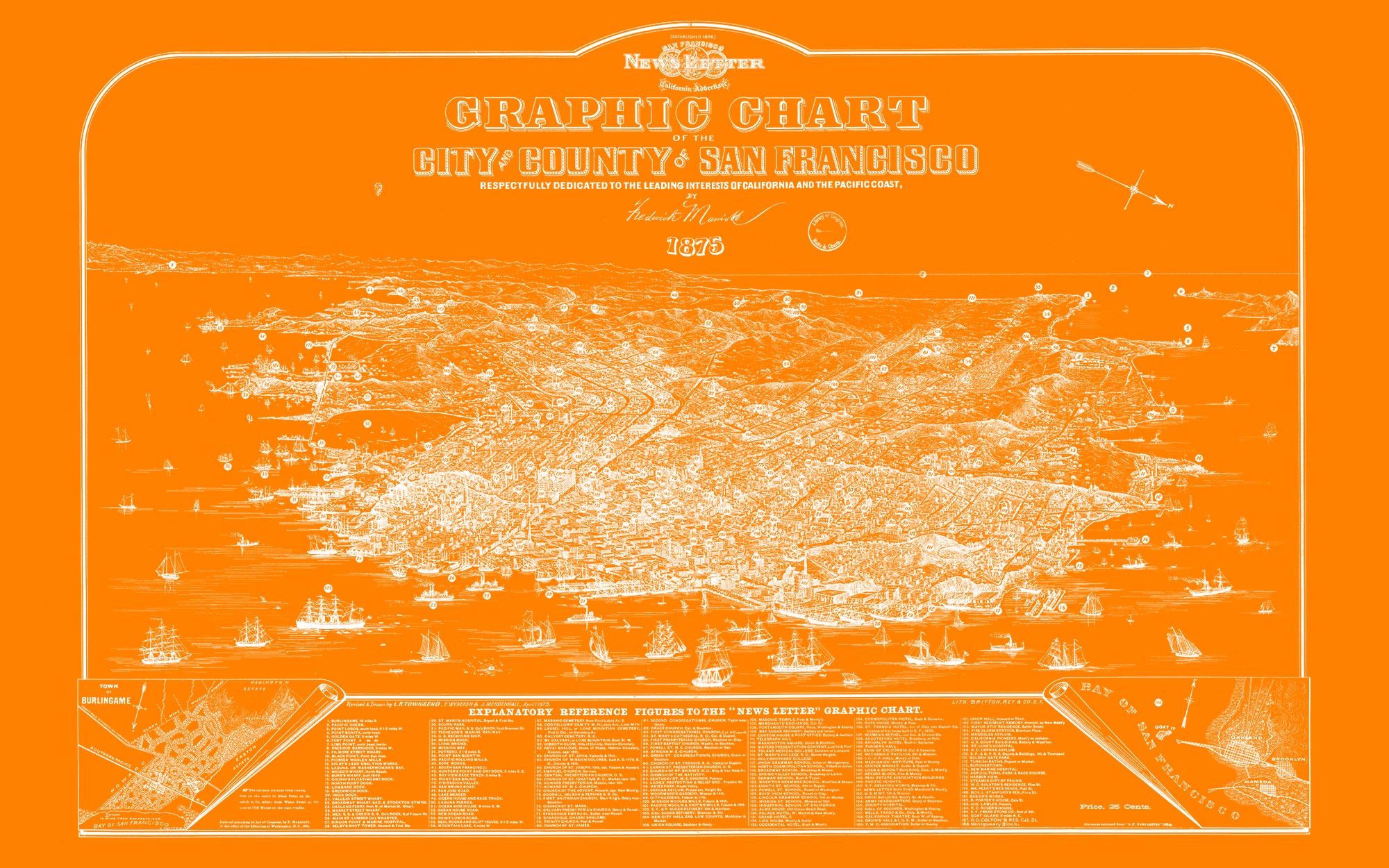 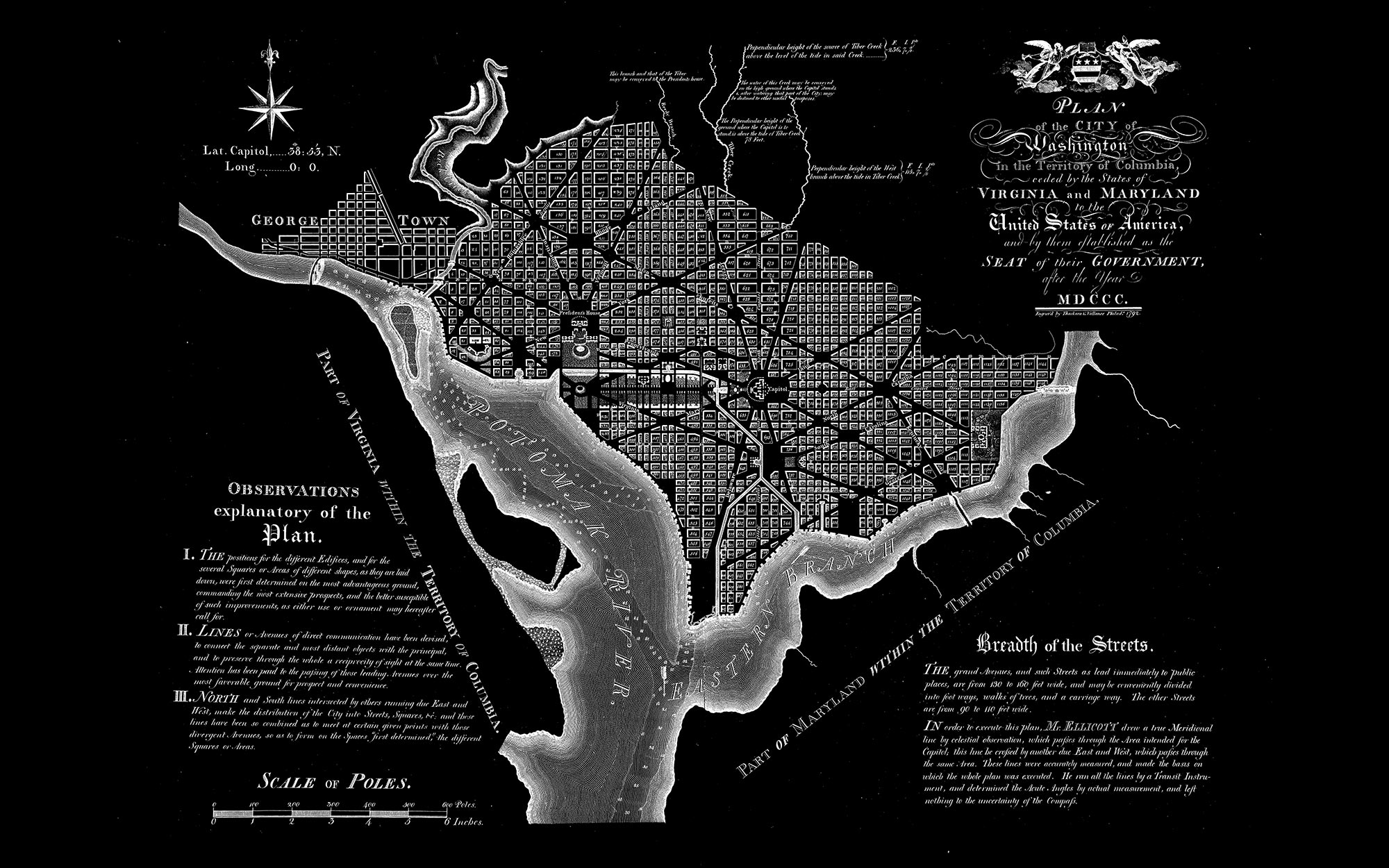 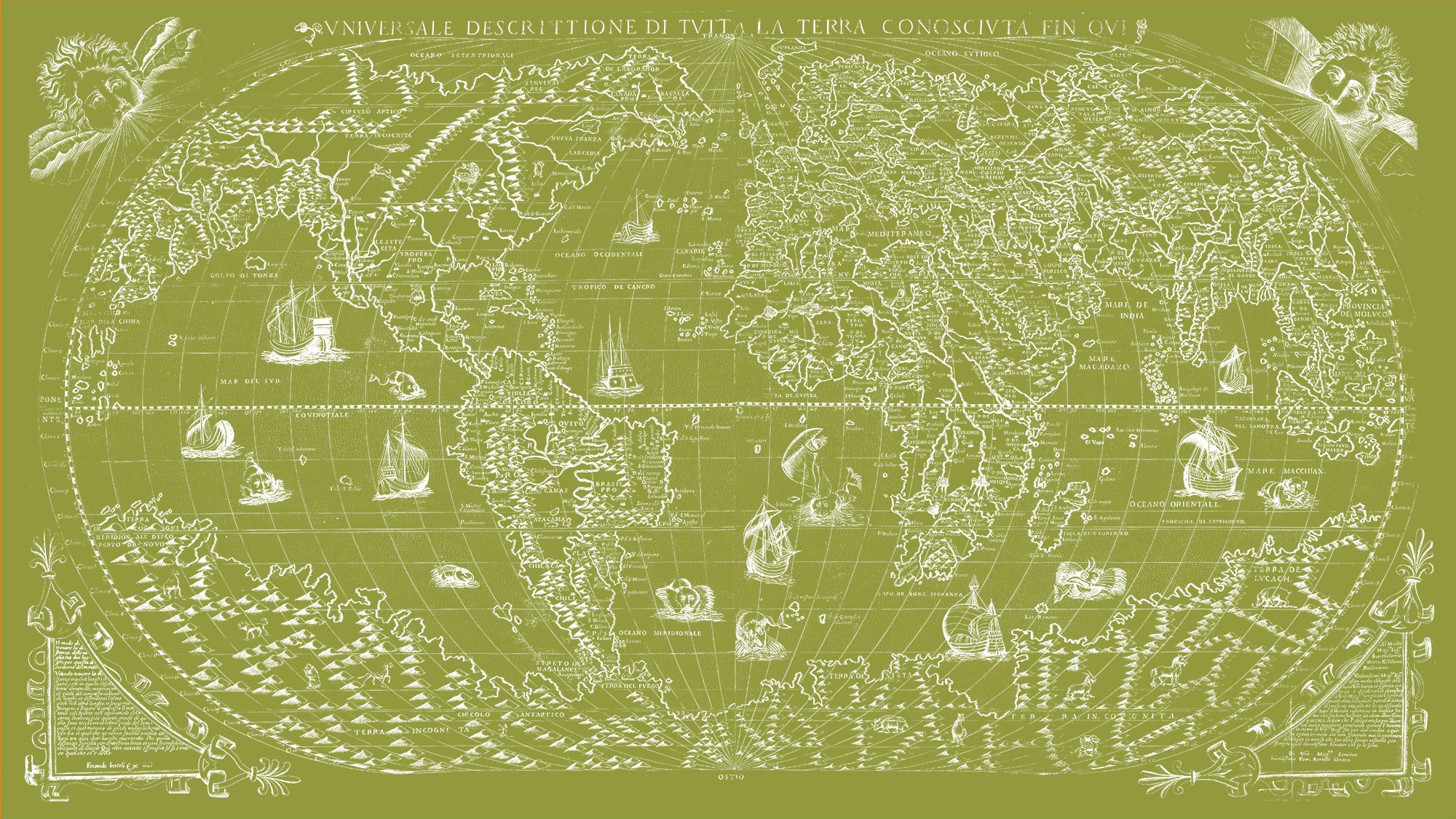 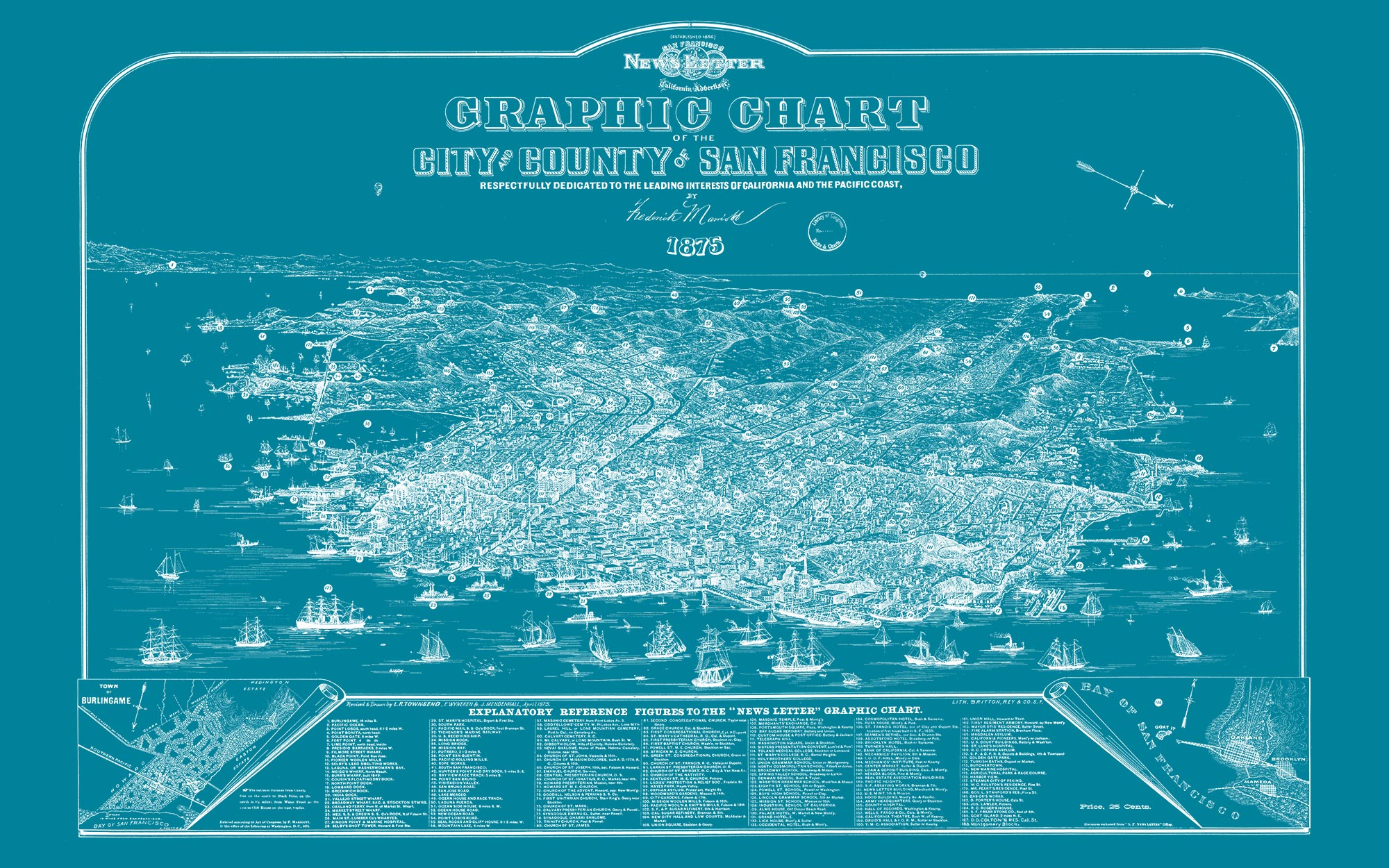 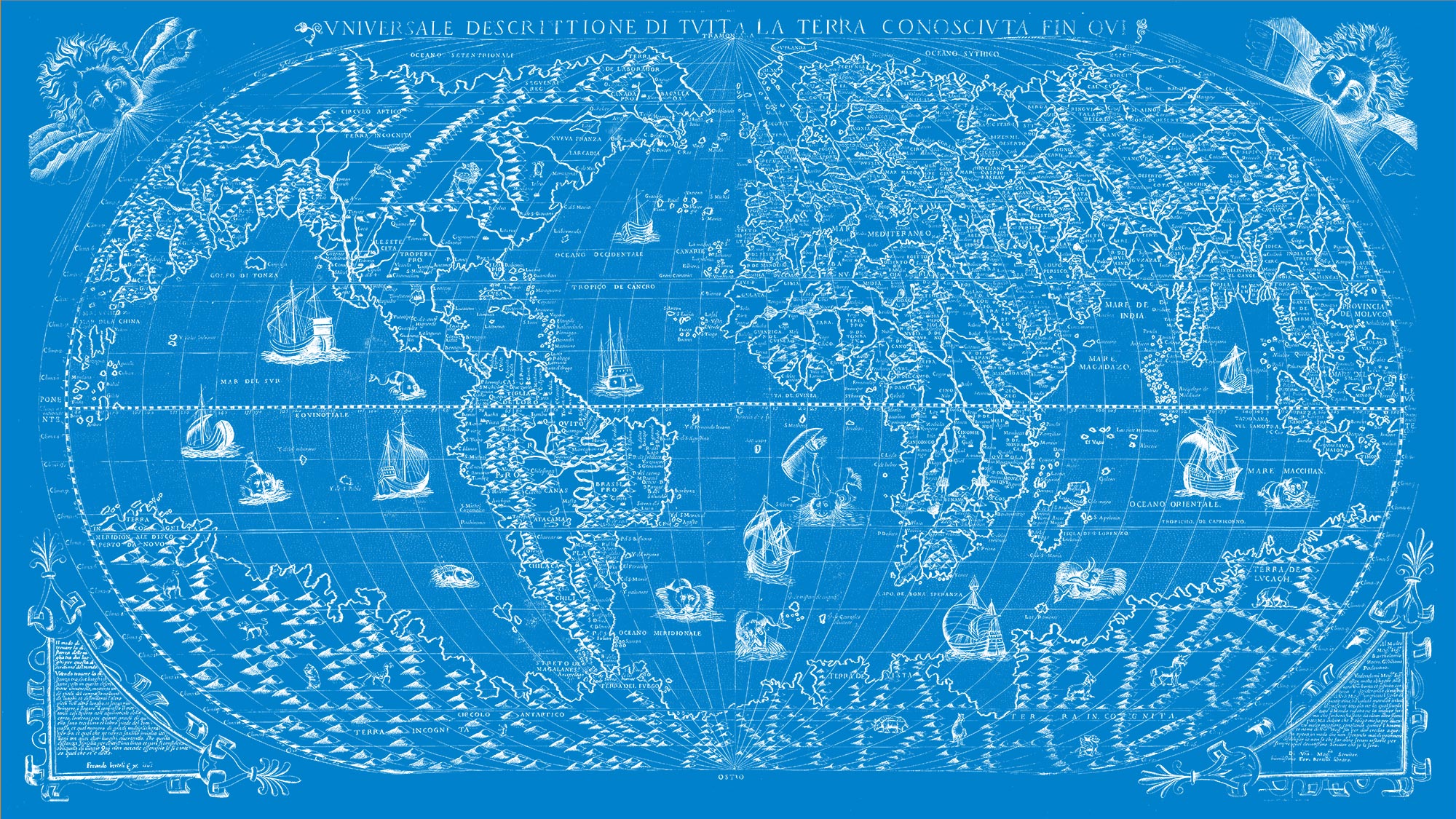 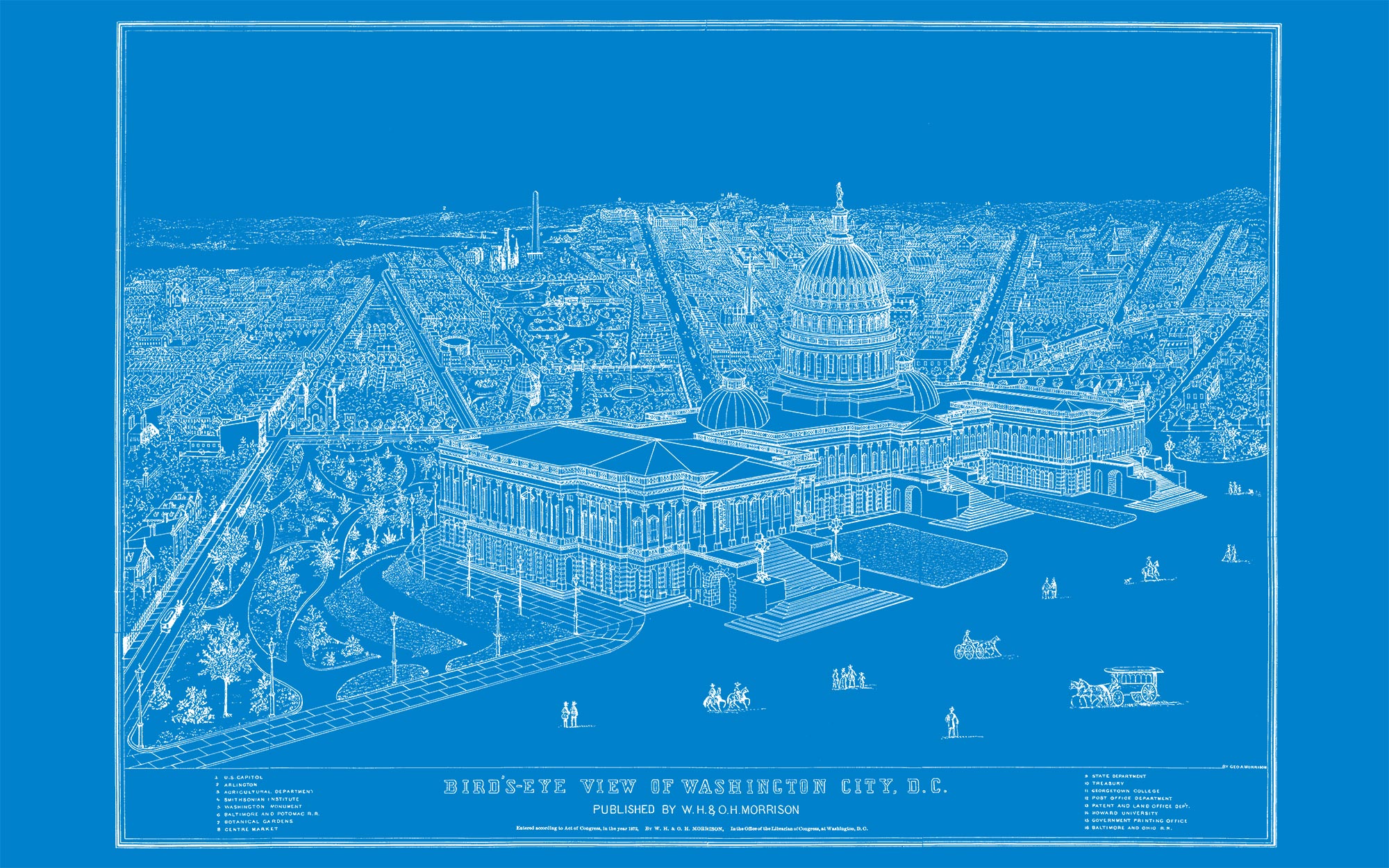 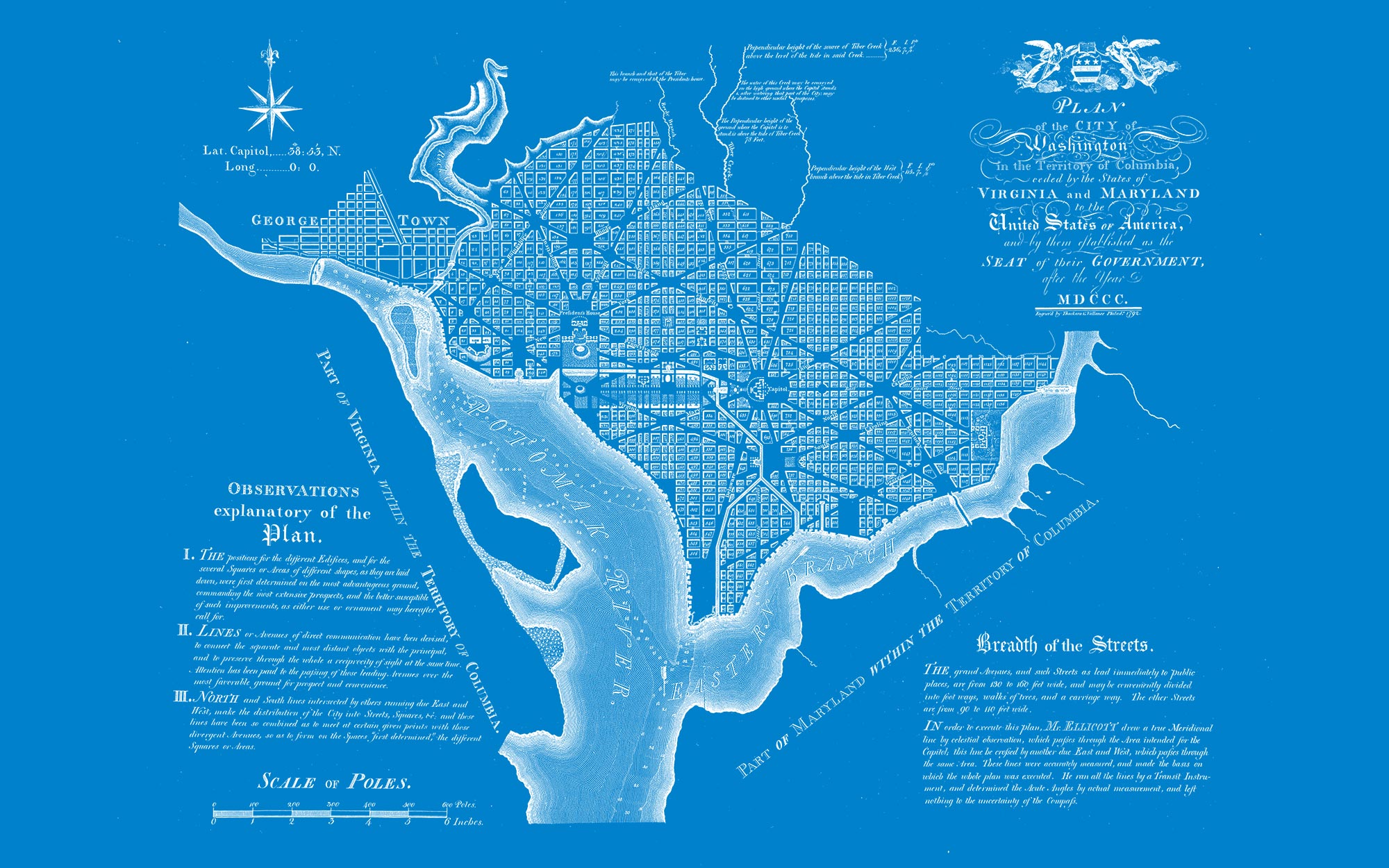 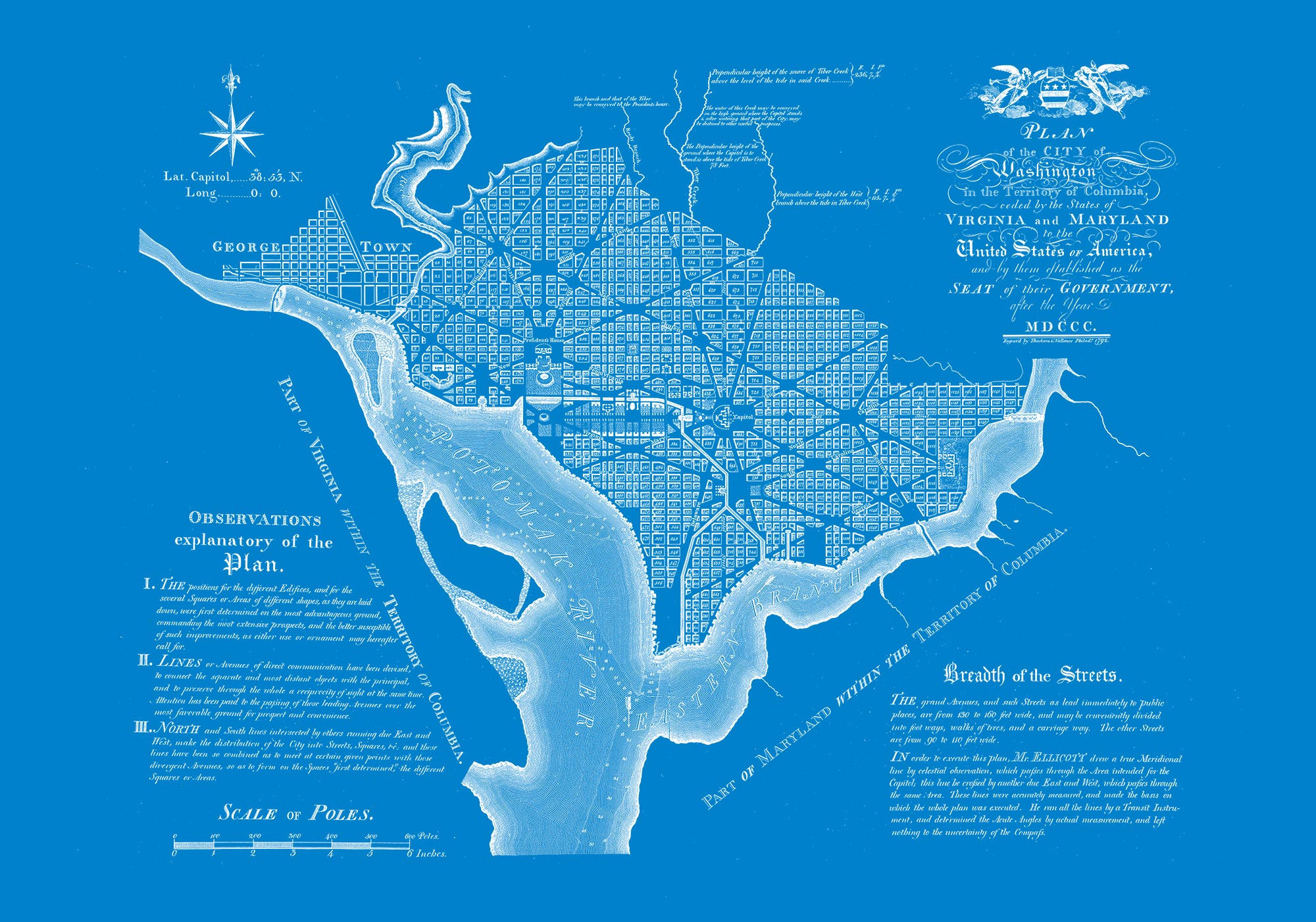